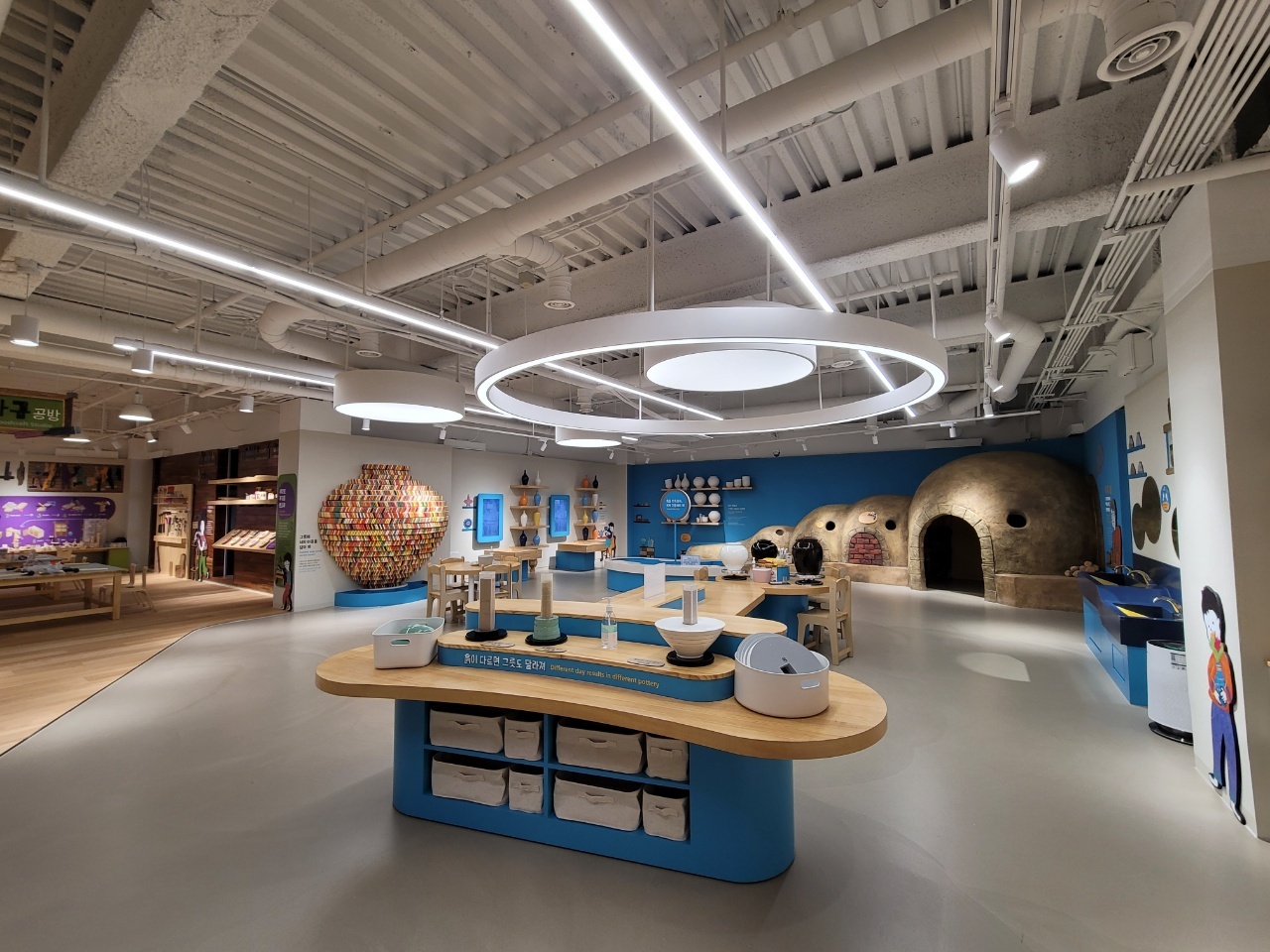 After successfully presenting eight craft art exhibitions, the Seoul Museum of Craft Art held its official opening ceremony on Monday, unveiling special locations inside the museum, including a craft store that features a variety of handicrafts produced by artisans whose works are part of the museum collection.

Located in Jongno, central Seoul, the country’s first national museum dedicated to Korean crafts opened to the public on July 16 with eight craft exhibitions, quickly becoming a popular destination with nearly 80,000 visitors during of the past four months.

â€œThe museum shows the priceless beauty of Korean handicrafts which you may have overlooked as they are a part of our daily life. At the museum, you will be able to see Korean handicrafts from the New Stone Age to the contemporary era, â€Director Kim Soo-jung told reporters during the opening presentation on Monday.

In line with the government’s “living with COVID-19” program, the museum officially opened on Monday, opening programs of workshops, a craft store, a cafe, the museum’s visible storage area on the fourth floor which contains 6,000 handicrafts and the library on the first floor which contains some 10,000 books and magazines on crafts and the fine arts.

The museum is home to some 23,000 handicrafts, including designated treasures from Korea such as the four-piece “Folding Screen of Sagye Bungyeogdo” embroidered from the late Goryeo Kingdom (918-1392), which was designated as treasure n Â° 653. The museum also holds some 15,000 documents in the craft archives room located on the third floor.

The museum’s craft shop is a must-see where the works of 30 artisan artists whose works are part of the museum’s collection are available for purchase. Items include metal, wood, ceramics, textiles and lacquer work. The display and selection of works of art for sale will change according to the 24 seasonal periods of the lunar calendar.

Current exhibits include two permanent exhibits – “Embroidery in Flowers” and “Bojagi, Embracing Daily Life” – which show the delicacy of Korean embroidery and “bojagi”, or wrapping fabric.

The museum plans to present the second part of the exhibition, “Crafts, beyond time and borders”, which will present lacquered works, metal crafts and textiles, after the first part of the 16 July to October 24 devoted to ceramics, glass and woodworking. The next exhibit will open as soon as the full environmental assessment of the exhibit is complete, according to the museum.

The museum exhibits feature a digital document in English which can be requested at the information desk. The museum also operates a Children’s Museum which provides hands-on craftsmanship experiences for children in wood, ceramic, metal, fabric and open craft workshops.

Reservations on the museum’s official website are recommended to visit the museum. The museum offers six slots throughout the day until 6 p.m., allowing 450 people for each 80-minute session. The museum is closed on Mondays.

The museum occupies the former site of Poongmoon Girls’ High School, which moved to Gangnam in 2017 and became a coeducational school.